Why Reason is Important 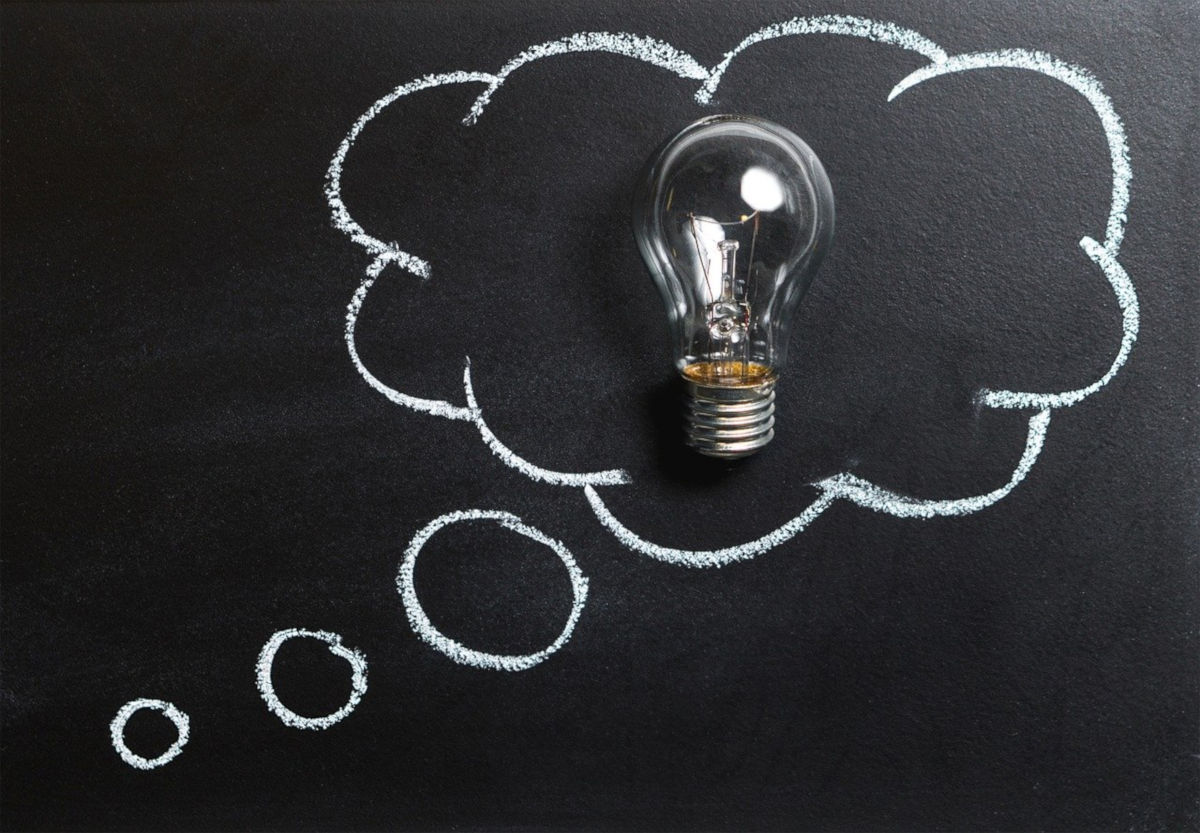 Ahem. There are some affiliate links on this page. If you buy something from me, I can afford to take my girlfriend out for dinner. That makes her very happy. Read my full affiliate disclosure here.

“One of the painful signs of years of dumbed-down education is how many people are unable to make a coherent argument. They can vent their emotions, question other people’s motives, make bold assertions, repeat slogans — anything except reason.”

Why is reason important? Let me start with an example. In December 2018, a couple of days after President Trump ordered the withdrawal of U.S. troops from Syria, a friend of mine who has never been bashful about his dislike for the President criticized the announcement because, he argued, “We either fight them over there or we fight them over here.” I don’t remember the specifics of the conversation but I do remember that one line because it’s a frequent justification for current U.S. foreign policy in the Middle East.

To bolster his argument, my friend pointed out that he agrees with Senator Lindsey Graham, who also criticized the President. Since, my friend asserted, he never thought he would agree with Senator Graham on anything, I was to take this as evidence of the correctness of my friend’s criticism of President Trump.

We’ve all heard this type of argument before: First, we’re given a platitude that we’re supposed to believe without the benefit of evidence. Something like: “We either fight them over there or we fight them over here.”

Second, we’re given as support for that platitude some argument like: “I don’t normally agree with person X but in this case, I do, so you should take that as justification that I’m correct.” As if sworn enemies, such as my friend and Lindsey Graham, agreeing on some point is all the proof we need.

Except it isn’t all the proof we need. We must demand more.

In the above example, we know two biases exist:

But what if I were unaware of the biases at play in this example? If I’d accepted the facts as given by the corporate media, Senator Graham, and my friend, I would’ve reached a weaker conclusion.

Reason is our tool to guard against such manipulation because reason seeks the truth while avoiding bias–whether we like that truth or not. That’s why reason is important.

The Overton window is the idea that public discourse only tolerates a certain range of ideas. The establishment only considers ideas that fall within this window as viable. Any idea that falls outside the window, no matter how much the facts support the idea, is extreme and not taken seriously.

For example, we can discuss whether marijuana should be legal, but not whether the government should have the authority to regulate what substances we put in our bodies.

“The smart way to keep people passive and obedient is to strictly limit the spectrum of acceptable opinion, but allow very lively debate within that spectrum—even encourage the more critical and dissident views. That gives people the sense that there’s free thinking going on, while all the time the presuppositions of the system are being reinforced by the limits put on the range of the debate. Anyone who steps outside the bounds of acceptable discourse are, at best, labeled crackpots, conspiracy theorists, or, a term popular right now, a Russian asset. At worst, the self-appointed enforcers of public discourse will work to silence such radical, independent thinkers.”

In an era of alternative facts, fake news, and quotes taken out of context, reason is increasingly important to maintain our independence.

Politicians present half-truths and make arguments that appeal to emotion while providing minimal, if any, factual support to win our votes.

Corporate media outlets deliver biased news to feed our desire to affirm our own beliefs, even if it means turning friends and family against each other, in the name of making money.

What’s worse, neither seems to care about the negative impact the divisiveness it foments has on the country.

Matt Taibbi, describes media deception in Hate Inc.: Why Today’s Media Makes Us Despise One Another

“First, we’re taught to stay within certain bounds, intellectually. Then, we’re all herded into separate demographic pens, located along different patches of real estate on the spectrum of permissible thought.

“Once safely captured, we’re trained to consume the news the way sports fans do. We root for our team, and hate all the rest.

“Hatred is the partner of ignorance, and we in the media have become experts in selling both.”1

The Overton window in action.

“You have power over your mind–not outside events. Realize this and you will find strength.”

We all have a mind, and we are all capable of reason. As Marcus Aurelius pointed out, our rational mind has the power to control our opinions. Our mind gives us the power to stand separate from outside events. As a result, we are better able to see attempts to use biased facts to influence us. These biased facts only control us when we refuse to use that power.

Reason is our tool to cut through the fog of lies and half-truths to reach informed, justified, and supported conclusions.

To do so, we can’t be lazy information consumers living in an echo-chamber of unfettered confirmation bias. Instead, we must expand our sources of information. We can’t shrink from the cognitive dissonance caused by facts and opinions that challenge our beliefs.

As I mentioned above, reason’s power lies in its attempt to seek the truth while avoiding bias. In seeking the truth, reason tells us to reject the notion that we should listen to any authority who wants to tell us what to believe.

Instead, we must, through our own research and analysis, determine for ourselves what truth to believe. We won’t always be correct, but by treating reason as an iterative process where we’re constantly updating our conclusions based on new information, we’ll continue to move closer to the truth.

For example, because my coworker drives to work every day in a white car, I can conclude that he’ll drive to work in a white car tomorrow. Suppose, however, that on Tuesday after work, my coworker posts a picture of his new, black car on Instagram. Given this new information, I must update my conclusion from “white car” to “black car.”

We can see that reason protects us from manipulation. But what is reason exactly?

I recently watched an old episode of Friends. It was the one where Joey figures out that Chandler and Monica are sleeping together. In that episode, Chandler and Monica decide that they want to spend a weekend away together. Since their relationship is secret, they can’t tell the friends group, so each makes up an excuse to escape for the weekend. So far so good.

After the weekend, when Chandler and Monica are back home, Joey tells Chandler that the hotel called to say that someone left an eyelash curler in his room. Chandler bumbles his way to an explanation that the slow-witted Joey accepts.

Later, Monica tells Rachel, in front of the group of friends, that she lost her eyelash curler and asks to borrow Rachel’s. It takes a few seconds, but Joey puts two and two together to uncover Chandler’s and Monica’s secret. That’s reason: using available evidence to reach a justifiable conclusion.

More specifically, I researched reason on the Internet and found the following definitions:

As you can see, there is no hard and fast definition of reason, but all these definitions have the same character. Based on that, my definition of reason is: “collecting and evaluating available evidence for the purpose of deciding the likelihood of something being true.”

Reason is not refusing to look at facts that may contradict your already arrived at conclusion. Indeed, a key part of reason is avoiding the cherry picking of facts to confirm an already reached conclusion, but instead using reason as the framework for finding the correct conclusion given the available evidence.

Reason is using facts to reach a conclusion, not searching out facts to prove a conclusion while ignoring all contradictory evidence.

When using reason, we need to accept that sometimes truth is subjective. An example given on the Farnam Street blog is the difficulty ethicists have in establishing whether something is right or wrong given changing standards over time and varying standards around the world.

Reason is difficult because we all have biases that we must overcome. A lifetime of hearing the opinions and conclusions of our friends, family, teachers, coworkers, and others has influenced us to think in certain ways. We may actively avoid learning new facts that upset our already arrived at conclusions because most of us don’t enjoy having to admit that we’re mistaken.

Mistakes, however, are part of life. None of us is perfect. The strength in reason comes in being able to accept conclusions that do not comport with popular opinion, expose our biases, and invalidate our previous conclusions considering available evidence.

Reason for the Entrepreneur

There are several ways in which reason is important for the entrepreneur. I’m going to cover them in more detail in a later post, but for now, here is a brief rundown.

“Sometimes people don’t want to hear the truth because they don’t want their illusions destroyed.”

There is an unprecedented amount of information at our fingertips. Unfortunately, the reward for presenting misleading information is great enough that politicians and corporate media do so without a second thought. When we accept what others say without casting a critical eye in their direction, we cede away our independence. Reason, in providing a framework to evaluate facts for ourselves, is our tool to prevent that from happening.

Without reason, we cannot have freedom.